We’ve told you about how dogs are helping conservationists in the field, but we also thought we’d tell you about dogs closer to home—the Wildlife Conservation Network staff dogs! Our furry co-workers provide us with additional support through judiciously applied belly rubs and begging for treats in the cutest way possible- we couldn’t imagine life without them.

Meet Bodie, our resident guard dog who also functions like a second doorbell. He’s a ten-year-old beagle/terrier mix who was adopted by Dave, our Director of Technology. The two of them found each other when Dave was a volunteer dog walker for his local animal shelter; originally Bodie came home with Dave as a companion for Dave’s other dog. Bodie enjoys sleeping under the covers and going crazy for laser pointers. Arya, an eleven-year-old chow/pointer mix, is our kitchen manager and lunch supervisor. She makes sure that any scraps of food on the floor are promptly cleaned up. Joyce, our Conservation Network Manager, adopted Arya from Muttville, a senior dog rescue located nearby in the Mission district here in San Francisco. Now Arya enjoys a life full of hiking, belly rubs, chasing squirrels, and stalking the UPS man in the hopes of being fed treats. Arya was named after the character from Game of Thrones, but hasn’t quite inherited all of her namesake’s bravery. 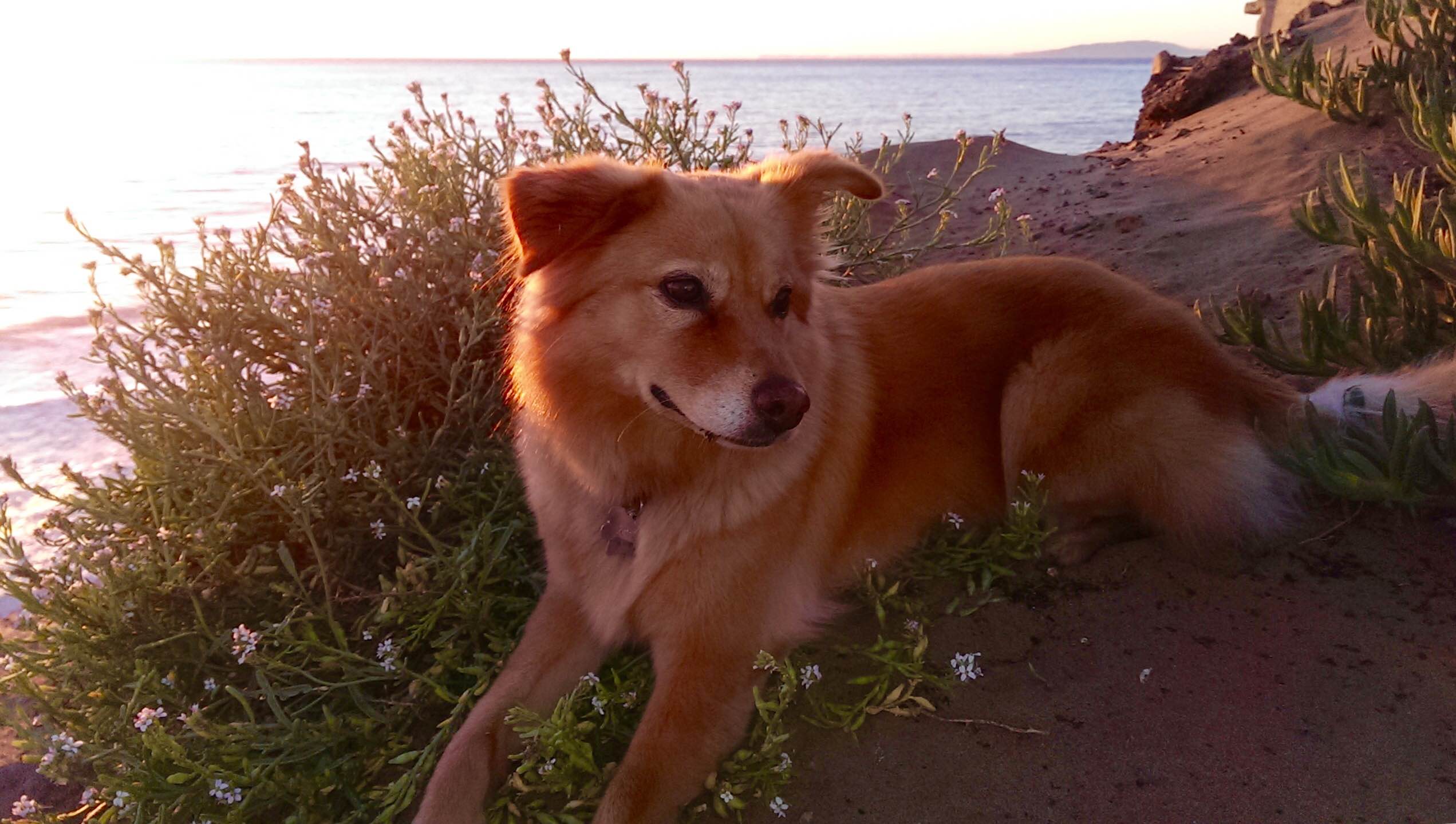 The baby of the office is Frank, a two-year-old golden retriever. Director of Donor Engagement Kelly adopted Frank when he was just seven weeks old, and he has graduated from ‘office puppy’ to furniture tester and Chief Lick Monitor. His favorite hobbies are bothering the other dogs in the office, riding with his head out the window, swimming, and digging holes in the sand. Frank also loves the UPS man, who throws treats that Frank can catch in midair!

Huck is a twelve-year old Beagle mix who was born on a Pennsylvania dairy farm and made his way to the Bay Area after living with his mom Becca, our Grants Manager, in Ithaca, New York, and Brookline, Massachusetts. He lost his off-leash privileges several years ago after one too many times catching a scent with his Beagle nose and disappearing for longer than his mom was comfortable with. He is still a frequent (on-leash) adventure dog, often brought on backpacking trips, canoeing excursions, and neighborhood runs. Now he makes his way to WCN’s San Francisco office several days a week in a K9 Sportsack dog backpack, commuting from Oakland via BART and bicycle on his mom’s back. When he’s not scouring the office for snacks, he can usually be found napping in Arya’s bed or perched on the back of a couch, staring out the window. He goes by many names, a few of which are, “Django unchained,” “that British doodle,” and “the cat who ended up in a dog’s body.” Django is a doodle of suspicious (golden-poodle) origins. He hails from Peoria, Illinois, and made his way to breezy San Francisco at the tiny-tot age of eleven weeks. Since then, his life has been full of long hikes, yummy snacks, oodles of affection (sometimes forced upon him by his human parents), and great doggy friends. During his off-days from daycare, he accompanies his mom Pooja, our Marketing and Communications Coordinator, where he helps protect wildlife, by warming her feet, following her around, and forcing her to get a walk in every now and then. We love our furry staff, and we hope you do too. We’re a staff of animal lovers, and we always work best when we have animals around. Let us know if you have any animals where you work- we would love to hear! Tell us over at our Facebook.